OpenMenu, how the idea came to be 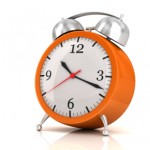 Not too many people know the story of how the idea for OpenMenu came to be. This is the abbreviated back story for the ‘idea‘ which ultimately became OpenMenu.

It all started with one simple question asked by my wife two and a half years ago; “Where do you want to go eat for your birthday?”  The question was simple but the search was not.  All I wanted that day was a piece of death-by-chocolate cake. So I started searching for a restaurant, looking at websites, loading menus.  Loading menu after menu in formats that where large, clunky and often difficult to search through.  PDFs, scanned-in images and Flash based.   All things I consider user-unfriendly.  There had to be a better way.

I thought about this idea for almost 2 years. I thought about how things should work, how the information should be structured and what the name of this idea should be. I could create a standard for the way restaurants store their menus. Then restaurants could store a version of their menu in the new standard or on their website. Then create a centralized location of all these restaurant menus. One menu, in one location, that could be distributed to every website and application that deals with restaurants and restaurant menus.

In November of 2009 I had a discussion with my friend Jesse Reichler at DonationCoder.com about the idea. Jesse gave me the kick to get started on the first version of what would ultimately become OpenMenu. I spent most of the winter of 2009 developing the first version OpenMenu and continued until it became what it is today.

A simple idea developed from a desire for chocolate cake.